I thought you guys might like to see what dolls I want from the Truly Me line, so here goes . . . 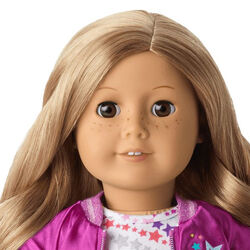 I’ve wanted her for a long time. Her name would be Nevaeh Allison Taylor and she would sing, play the guitar, and, um . . . yeah. The Siamese cat my dolls have would belong to her. (Her last name is Taylor and there’s the singer Taylor Swift . . . anybody get that? Ha . . . ha ha . . .) 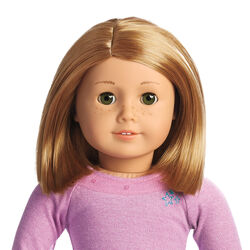 Cass, short for Cassandra, is Savannah’s best friend. I’m not sure what her hobbies would be . . . I guess her personality needs some more work . . . 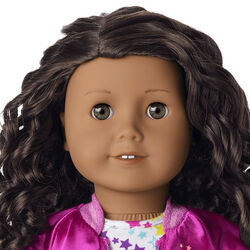 What do you think of her name being Azalea, Zalea for short? What about Zaria? (she just seems like she would have a “z” name to me) There are some hot pink azaleas in my yard, so if I got her, I could take pics of her there. :D 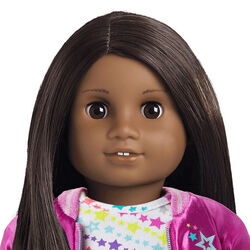 I love this doll, but I don’t know what I’d name her. Stephanie? Selena? Piper? idk.

She seems like she would be Isabelle’s older sister, Jade.

You thought that was lot of dolls? I’m just getting warmed up . . .

No idea what I’d name this girl but she’s pretty.

I was going to name her Bree but now I’m not so sure . . . She’d be Saige’s little sister and an animal lover.

Looks like Tracy’s older sister to me. I had this whole list of names for this doll, but I wrote it on an American Girl catalog, and now I don’t know where that catalog is . . .

Again, I’ve got nothing for this doll. But she does look kind of sporty to me . . .

She looks like she could be Savannah’s cousin. And maybe a bit of a drama queen. (Perhaps that’s just me rubbing off on dolls.)

I only decided I liked this one when I saw Maddi’s pictures of her :)

This is the last one, I promise!

I’ve wanted this one forevvvverrrrr! Her name would be Liberty.

Wow . . . that’s a lot of dolls. I doubt I’ll ever get them all (*the most heart-wrenching bawling breaks out*) unless I become a millionaire, and, to be honest, that’s not the most outrageous thing I’ve ever come up with and could actually happen. You know, when I’m a bestselling author and all that.

29 thoughts on “Truly Me Doll Wishlist”